Friends, as I write this Scottie Sheffler has thrown a dart into #9, Rory McIlroy is en route to shooting 56, and anyone who chose the Northern Irishman on their team has been on an elevator ride straight to the top of our M4Max Leaderboard.  As it type there is a 7 WAY TIE FOR FIRST.  Remember when I said how weird it is that there are never any ties?  Welp.

I solicited pictures of babies being baptized by Reverend Nantz during their first Masters, and received numerous awesome pictures.  Jared Glowaski was quickest on the draw with his picture of Max, and he wins $50. 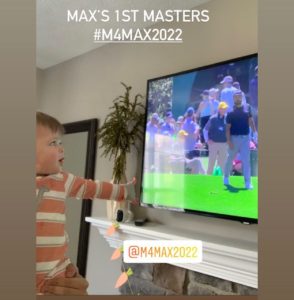 I’m also giving $50 to J.J. Jenkins, who is a brave, brave man.  J.J. took his life into his own hands and woke up his newborn son, Jonah, against his wife’s death stare: 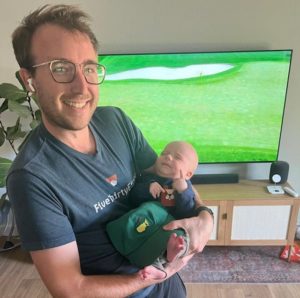 I received additional adorable submissions from Sean McDonogh, Siri Geyser and Jordan Howe.  There is no question in my mind that this Masters pool includes the cutes babies on the planet. 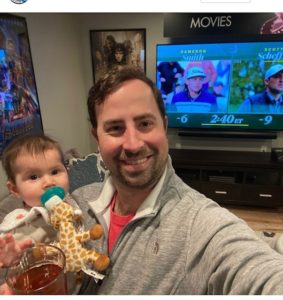 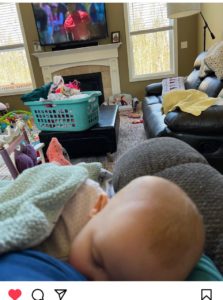 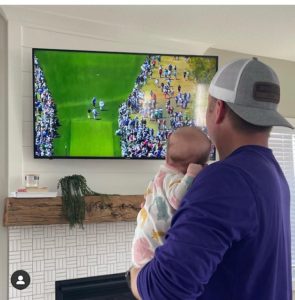 Oh, and I just got this photo, from Josh Pask, who woke up at 5 am in his native Australia to cheer on his countryman, Cam Smith.  G’day Josh! Appreciate you checking in from down under! Sending you $75 for giving us a shout out on the other side of the world. 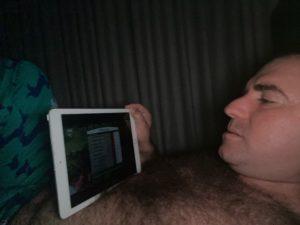 Scottie and Cam just teed off 10.  THE MASTERS MAY NOW BEGIN.

If you’re in it…good luck!!

P.S.  Congrats to our “Win a Round of Golf with Ben Curtis” winner, Nick Jones!  Just emailed with Nick, he’s psyched!  BTW, I just checked and Nick ALSO has a team currently ranked 23rd in our Main pool.  Easy, Nick.  No need to go and win everything! :)